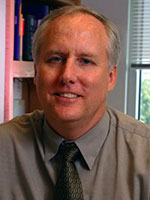 The late Julius Axelrod, Ph.D. received the Nobel Prize in Physiology or Medicine in 1970 for his pioneering research on catecholamine neurotransmitters, a group of chemicals including adrenaline, noradrenaline, and dopamine. He was an inspiring and indefatigable investigator in neuroscience and pharmacology throughout his lifetime and well beyond his “official retirement”. Julie contributed much to our understanding of brain chemistry and how brain cells communicate with one another. Those findings laid the groundwork for present day treatment of behavioral disorders such as depression and anxiety. A humble man who preferred the “bench”, to the “limelight”, Julie is also known as a mentor of another generation of successful researchers, who carry on the “torch” of scientific investigation and pursuit in the style instilled in them while under Axelrod’s tutelage. The Julius Axelrod Award was established in 1991 by the Catecholamine Club. It continues to recognize outstanding contributions in research and mentoring in the Axelrod tradition as the Julius Axelrod Award in Pharmacology under the flagship of the American Society for Pharmacology and Experimental Therapeutics (ASPET). Julie’s legacy is honored by the selection of Professor Randy D. Blakely, Ph.D. for the 2008 Julius Axelrod Award in Pharmacology.

Prof. Blakely, currently the Allan Bass Professor of Pharmacology at Vanderbilt University Medical School, has made fundamental discoveries in pharmacology and neuroscience, introduced new techniques and enhanced our level of understanding of the biochemical mechanisms underlying the drug action, and mentored numerous young neuroscientists and future pharmacologists from all parts of the world. Throughout his career, Professor Blakely has epitomized the exemplary intellectual and philosophical traits that characterized Axelrod’s life and work. Indeed, Julius Axelrod was Blakely’s model of a scientist and was his colleague and friend into the last years of his life. In an especially poignant interaction during his last visit to Vanderbilt’s Pharmacology Department, Axelrod pointed not only to Blakely’s scientific achievements, but also to Blakely as Axelrod’s own model of the new scientist, passing on the baton in the form of rare reprints of Axelrod’s own most influential works. They were each other’s models of what a scientist should be and could become, not only from native intelligence but also from hard work, integrity, and honesty.

From an early age, Blakely was involved in learning and discovery, and Blakely has been a leader and innovative researcher. Best known for his groundbreaking work on cloning and expressing neurotransmitter transporters, which Axelrod discovered, Blakely has challenged the field to rethink its premises. Finally, an important aspect of Dr. Blakely’s recent research is its implication for human disease. With his collaborations, he is enhancing our understanding of transporter roles in human cardiovascular physiology, ADHD, and autism.

These traits and accomplishments have led to the selection of Professor Blakely as this year’s Julius Axelrod Award recipient. He will be presented the Axelrod award and medal at the annual meeting of ASPET on April 5, 2008. Dr. Blakely will also be honored at the 2008 Catecholamine Club Dinner Meeting where he will present an anecdotal recounting of his journey through science and its future. Prof. Blakely will also deliver the Julius Axelrod Lecture and organize the Julius Axelrod symposium at the 2009 ASPET meeting.