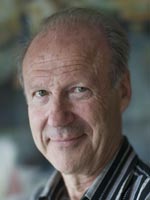 Dr. Jean Rossier has been named the recipient of the 2015 Julius Axelrod Award in Pharmacology by the American Society for Pharmacology and Experimental Therapeutics (ASPET).

This award was established in 1991 to honor the memory of the eminent American pharmacologist who shaped the fields of neuroscience, drug metabolism, and biochemistry and who served as a mentor for numerous eminent pharmacologists around the world. The Julius Axelrod Award is presented for significant contributions to understanding the biochemical mechanisms underlying the pharmacological actions of drugs and for contributions to mentoring other pharmacologists. ASPET assumed responsibility of the Julius Axelrod Award in Pharmacology from the Catecholamine Club in 2007.

From 1994 to 2012 Dr. Rossier was professor and chairman of the Department of Biology at ESPCI Paris Tech, a famous graduate school where Pierre and Marie Curie discovered radioactivity. Since 2012 he is working at Hôpital Sainte Anne in Paris on translational research on imaging the brain in action.

Dr. Rossier has made several major discoveries in neuropharmacology including his work on neuropeptides with Bloom, Guillemin, and Udenfriend of multiple opioïd peptides delineating several distinct neuronal systems involved in pain and reward. Turning his interests on GABAA receptors, he made the seminal observation that several inverse agonists facilitate performance in learning and memory tasks. This has led to the present development by the pharmaceutical industry of specific inverse agonists which are candidates for promnesic drugs. His most widely technical contribution in neuroscience is the invention of single cell RT-PCR after patch-clamp. This unexpected marriage of molecular biology and physiology led to several discoveries. With single cell RT-PCR, he has deciphered the molecular organization of various synaptic receptors. These key molecules are located at the contacts between neurons. He is now using RT-PCR and a multidisciplinary approach combining electrophysiology, pharmacology and imaging to characterize the diversity of neocortical interneurons and their roles in local blood flow control. This recent discovery of the role played by interneurons in controlling cerebral blood flow has shed light on the physiological mechanisms involved in functional NMR brain imaging, a technique widely used in the study of human brain function.

ASPET will present Dr. Rossier with the Axelrod Award on Saturday, March 28, 2015 at 6:00 pm at the Business Meeting and Awards Ceremony at the ASPET Annual Meeting during Experimental Biology 2015 at the Boston Convention & Exhibition Center in Room 107AB.

Dr. Rossier will present the Axelrod Lecture at the 2016 ASPET Annual Meeting during Experimental Biology in San Diego, California, April 2–6, 2016.

The 2015 Axelrod Lecture will be given by last year’s recipient, Jeffrey L. Benovic of Thomas Jefferson University who will deliver a lecture titled “Arresting Developments in Receptor Signaling” on Sunday, March 29, 2015 from 2:00 pm–2:50 pm in Room 107AB at the Boston Convention & Exhibition Center.